You are here:
SOLUTIONS 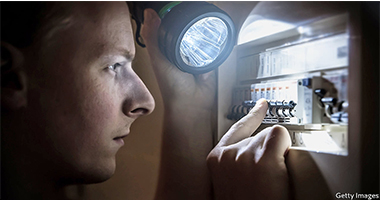 By connecting security sensors, real-time grasp of the situation on the spot, more assured. Through the trigger of the sensor, the alarm message can be sent to the user through the mobile phone app, and some automatic control can be carried out at the same time. According to the power of the air switch and AC contactor, the controllable power load can reach to the requirements of the whole house, the whole floor and even the whole building.

It is mainly composed of the center control system with KC868-H8 device, the AC contactor with manual control and the air switch. The concrete structure diagram is as follows: 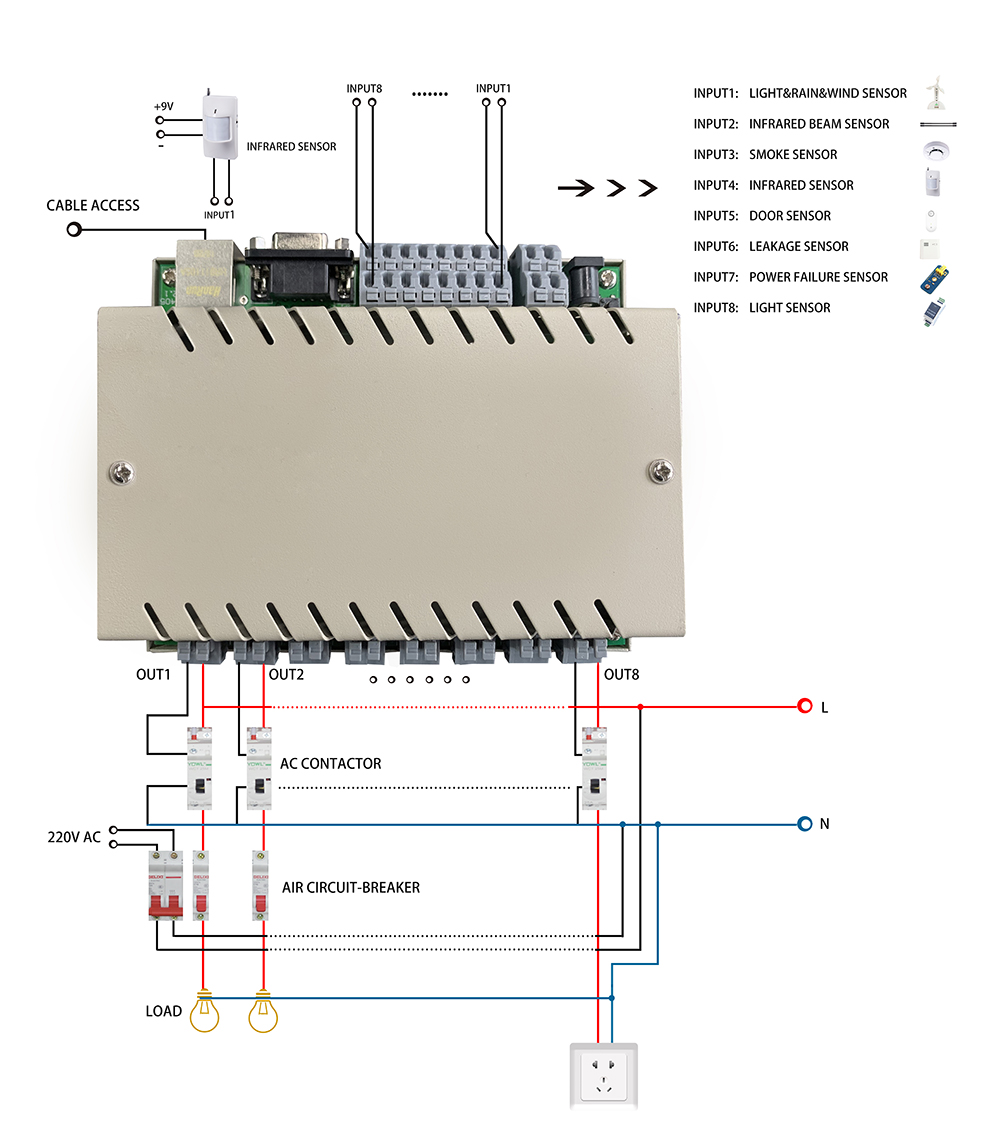 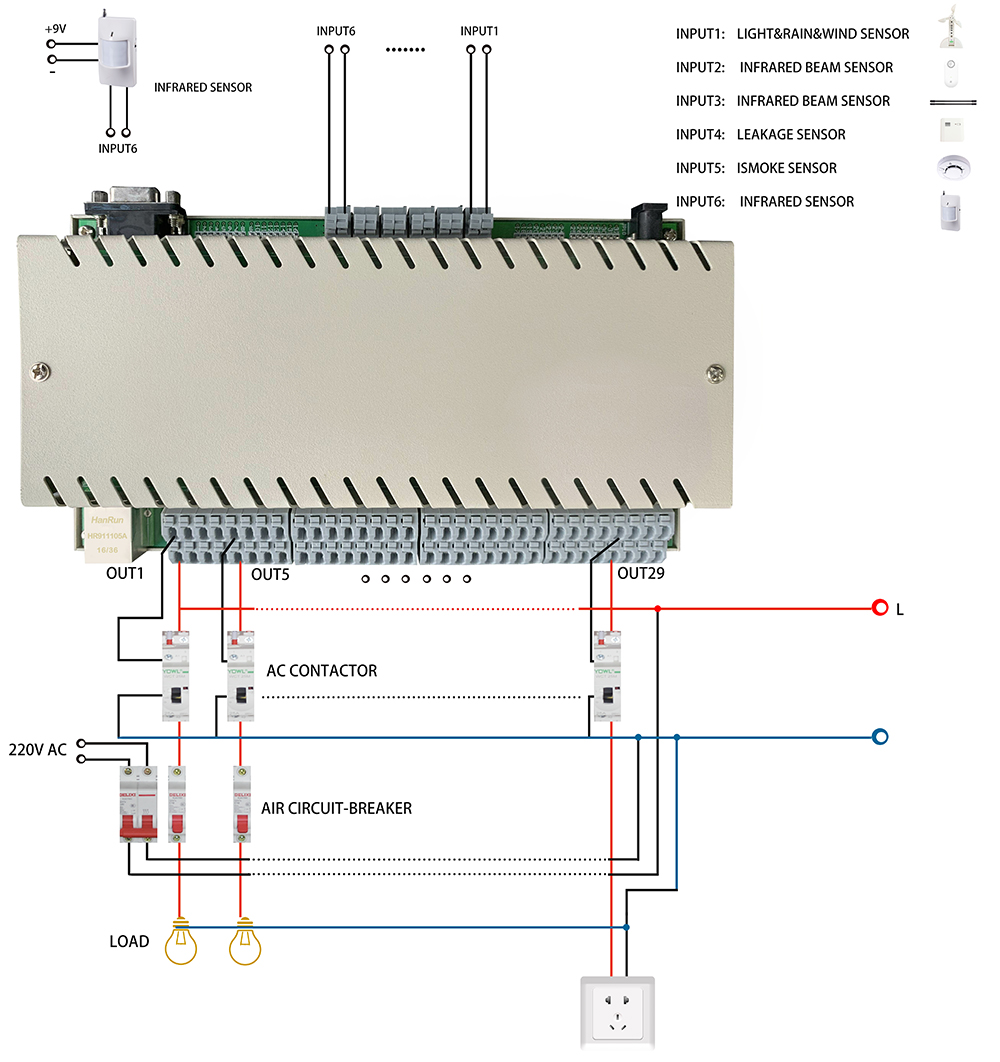 If you want to connect more equipments, please choose KC868-H32 controller, which is the corresponding wiring diagram.

The device of KC868-H8 has two parts: inputs and outputs as showed the frame diagram.  At the upper parts, the input terminals are connected with wired switch signal sensors, such as: wind, rain, fencing, smoke, human infrared, door lock, leakage, power loss, light and so on. Sensors need external power supply, which is generally divided into DC 9v and DC 12v, and DC 9V is more common. After supplying power to the sensors, then connect the two detection lines of the sensor into the “input” of the device KC868-H8, regardless of the positive and negative polarity.

At the bottom part, the output terminals first connect to the AC contactor with manual control. The function of manual control is safer to make sure the operation can be opened or closed by hand, in case there is something wrong with the network or other electric problems. It’s the highest priority with hand operation. And then, the AC contactors connect to the air switch, which is same function as the traditional PDB to get the circuit be protected.

Second, you can set the linkage control for outputs when the inputs are triggered. For example, when the leakage sensor connected to the terminal of “input end 6″ is triggered, it will linkage control the “output terminal 8” to close the connected solenoid valve, meanwhile, the message will be sent to the mobile phone with contents “a leak has been detected in the house” Please go home as soon as possible for inspection so as not to cause unnecessary damage. Similarly, the input terminal one connects to the rainy sensor, and the output terminal connect to the electric window; when the rainy sensor detect raining, the window will be closed automatically by the electric motor, so that avoiding the rain water into the house.

The 8 inputs can match to the 8 outputs one by one, and 1 input can matches many outputs together, such as operation of scene mode. All the operation is supporting the user=defined linkage.

When controlled by APP, there can be timing and linkage function.

D. Usage effect picture of the APP and software 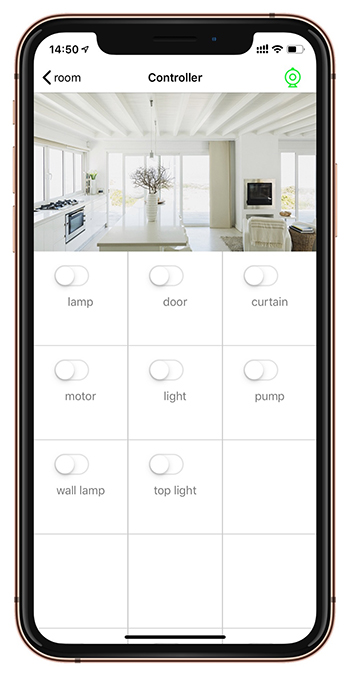 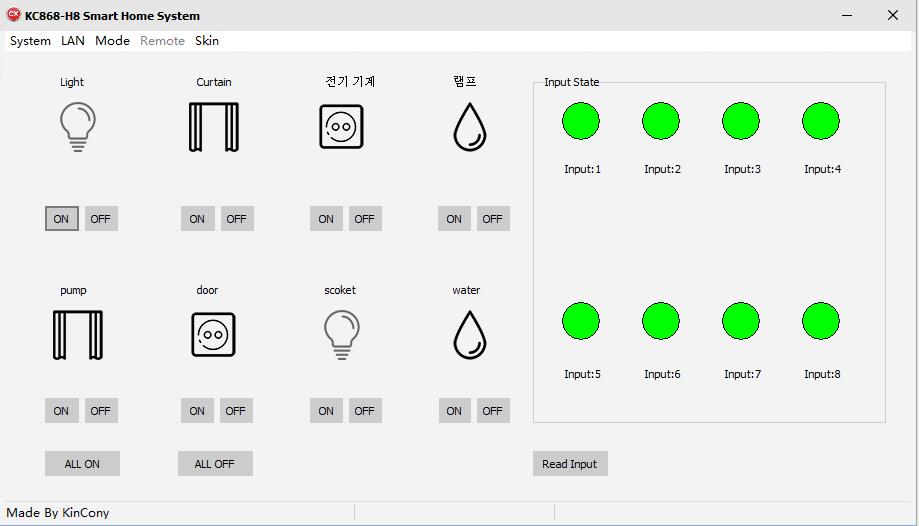 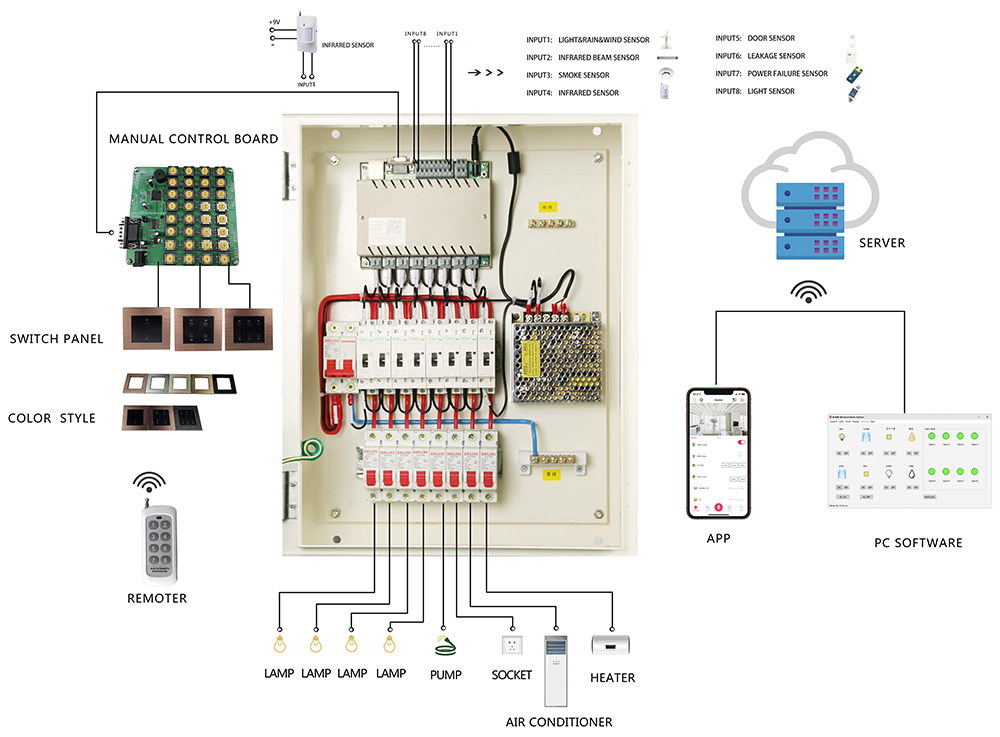